Jason currently flies a Pitts S-1S built by Stewart Aeroplane Factory of Godley, Texas. The aircraft has many modifications and deviations from a stock S-1S. Most notably are the modified ailerons, wing tips and an extended rudder length. The aircraft features an overhauled Ly-Con AEIO-360 engine rated at 245HP. Many internal modifications were also made to strengthen areas of the wings and fuselage. A complete listing of the aircraft modifications will be posted in the future. If you would like to learn more about the pilot of this machine click here. 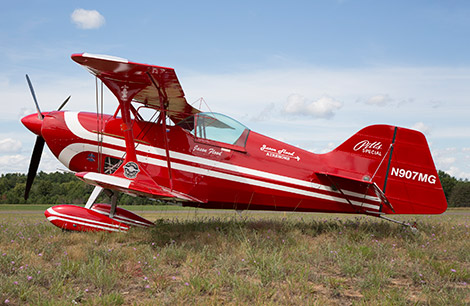 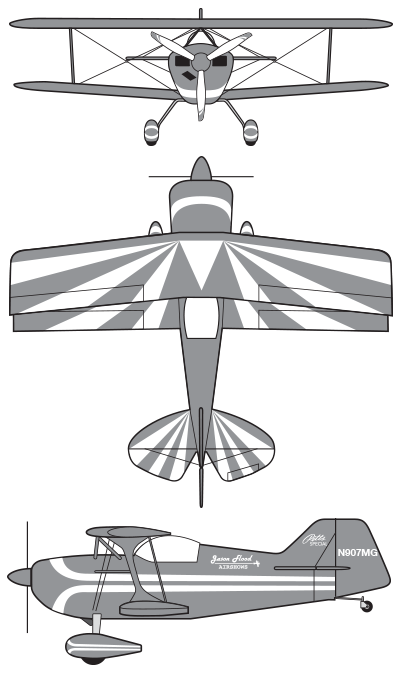